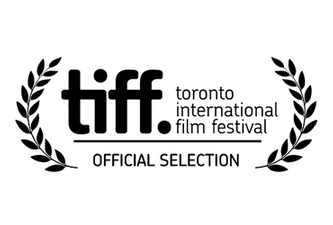 Rúnar Rúnarsson brings his story of a broken father-son relationship, "Sparrows," to the Toronto Film Festival, where it will be celebrating its world premiere in the Contemporary World Cinema programme.

Revealing a new wave of films for their upcoming 40th edition, the Toronto Film Festival has named Rúnar Rúnarsson's "Sparrows" as part of their Contemporary World Cinema line-up. This marks the world premiere of the Icelandic director's new drama, which explores the emotions intrinsic to life's difficult changes through the story of Ari and his estranged father.
A few weeks back, the San Sebastian Film Festival announced the film as part of their line-up. Read Sparrows flying to San Sebastian
"Sparrows" follows Ari, 16, who has been living with his mother in Reykjavik and is suddenly sent back to the remote Westfjords to live with his father Gunnar. Here he has to navigate a difficult relationship with his father, and he finds his childhood friends changed. In these hopeless and declining surroundings, Ari has to step up and find his way.
"The poetic part and the emotions tell the story. That's something that intrigues me more than plot," says the director in our festival interview, which will be online on these pages from next week.
Ari is played by Atli Óskar Fjalarsson, while Gunnar is embodied by Ingvar E. Sigurðsson. The cast also includes Kristbjörg Kjeld, Björk Björnsdóttir and Croatian-born Hollywood actor Rade Šerbedžija ("Downton Abbey"). 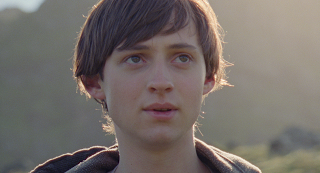 "Sparrows" is written by Rúnarsson, a graduate of the National Film School of Denmark. His feature debut "Volcano" (2011) premiered in the Cannes Festival's Directors' Fortnight side bar, and his student films "2Birds" (2008) and "Anna" (2009) were also selected for Cannes. Rúnarsson received an Oscar nomination for his short film "Last Farm" (2004).

The crew behind the camera includes editor Jacob Schulsinger and cinematographer Sophia Olsson, and producer is Mikkel Jersin for Nimbus Film and Nimbus Iceland, in a co-production partnership with Pegasus Pictures and MP Films.
Read Mikkel Jersin's account from Iceland At Nature's Mercy in Iceland
"Sparrows" is supported by the Danish Film Institute, the Icelandic Film Center, the Croatian Audiovisual Center, Nordisk Film & TV Fund, the Icelandic Ministry of Industries and Innovation, Sena, RUV, TV 2 and SF. Paris-based Versatile Films is handling international sales.
Posted by G.I at 10:10 AM