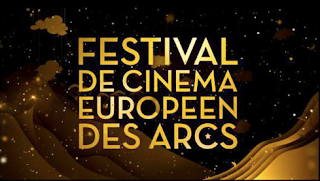 by Fabien Lemercier / cineuropa
04/11/2015 - The Les Arcs European Film Festival has unveiled a tantalising programme for its seventh edition, which will take place from 12-19 December 2015
Very popular with European industry professionals and a highly effective springboard for launching co-productions and promoting movies (as proven by recent titles Son of Saul [+],Sparrows [+] and The High Sun [+], all of which were funnelled through the alpine resort at one stage or another of their production process), the Les Arcs European Film Festival has revealed the mouth-watering programme for its seventh edition (12-19 December 2015).
Selected by artistic director Frédéric Boyer, the features in competition for the Crystal Arrow 2015 include Sparrows by Icelandic director Rúnar Rúnarsson (which won at San Sebastián), Chevalier [+]by Greek filmmaker Athina Rachel Tsangari (unveiled in competition at Locarno, going on to win awards at London and Sarajevo), Venice competition entries A Bigger Splash [+] by Italy’s Luca Guadagnino and 11 Minutes [+] byJerzy Skolimowki, Family Film [+] by Slovenia’s Olmo Omerzu, and four titles that turned a lot of heads at Toronto: Bang Gang (A Modern Love Story) by French director Eva Husson (read the article), The Ardennes [+] by Belgian filmmaker Robin Pront, the British-Franco-Belgian film Couple in a Hole [+] by Tom Geens (which won at Dinard) and the French production Parisienne by Lebanese director Danielle Arbid (read the article). We should also point out that a tenth movie is due to round off the competition shortly. MORO INFO
Posted by G.I at 3:28 PM